Our Journey to Carnegie Hall: Changing the Culture and Motivating Kids and Community

All of us sat in that sophomore level Music History class in college and dreamt about the extraordinary band we were going to have someday. But, with a bit of teaching experience under my belt, and lots of trial and error, it occurred to me that empowering my students to make their band better is really the key.

After being hired as the Director of Bands for Seguin ISD, I immediately met with the student leaders  to find out their thoughts on making their band better.  I had to get to know them first so I asked,  “What do you want to be when you grow up?” The answers allow me to make some assumptions: In Seguin we had both answers, so we created a program for both of them.

However, there was one question that changed everything in the program and district-wide. I asked the students the first time I met them, “If you were the band director, what would you change in your band program?”

Their answers became the driving force in everything we did! They responded with:

Now everything we do is compared to the expectations set up by the members.

You have to show up on time, and once you are in rehearsal, you need to be quiet. It’s better, but honestly, it’s a work in progress.

We decided to perform more difficult literature and perform more often. If you give the band 90 days until the next concert, it will take the band 89 days to get prepared. Our average is a performance every 30 days. Because of a more intense schedule, the members are far more motivated.

We increased expectations. I trusted the students to work out their music. That is a change from the past where the students worked out every note in sectionals. It is now the student’s responsibility to get the notes worked out at home, and I work on the music.

Set your expectations early and stick to your guns. I don’t fight the kids, so no arguing allowed! The students have input on sectionals and rehearsals. The kids set the schedule; therefore, the expectation is they will attend and be on time. Keeping track of their bow ties is a separate issue!

The band had done things the same way for about ten years. Changing the attitude was and is still something we work on every day. Our motto has become, “make the impossible, possible." Most of the strategies we use are pretty basic.

It’s not their fault. What is that old saying? “You don’t know what you don’t know.” We started from the very beginning and worked slowly until we could play the selection. I looked at every child and made adjustments in their hand position, embouchure, articulation, tone production…anything and everything that would make the individual play better. During the first week of one-hour sectionals the French horns played 4 measures..the tubas made it through one note. However, that one note was pretty okay!

I wanted to be competitive with a particular team. For marching band, we scheduled some contests where the competition was more difficult. Some of the staff had their doubts, but by the end of the season, the band had won most of the competitions and had beaten most of the teams we targeted. It’s simple: GOAL MAKING WORKS! How do you make band more fun?

Director’s Choice called me in October 2016. "An ensemble has canceled their trip to New York to perform in Carnegie Hall. Do you want the slot?" We would need to learn 40 minutes of music and fundraise a considerable amount of money. As I type this story, we are in New York preparing for the Seguin High School Band's debut in Carnegie Hall. The band learned six selections including “Rhapsody in Blue” and raised over $260,000 in just 90 days! 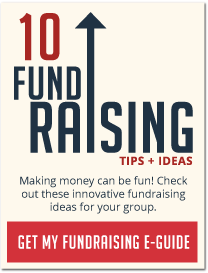 The members rehearsed over the winter break, attended two additional after school band rehearsals per week plus their sectionals. They learned to be outstanding babysitters, mowed lawns, raked leaves, painted, cleaned houses, sold cupcakes, tamales, tacos plus anything else to make some money.

The kids learned that NOTHING IS IMPOSSIBLE and during the process, the kids became better people, better musicians, and the Seguin Band became that band that I dreamed about leading in college. What’s next? I think a marching band on the moon would be cool!Their families gave up their Christmas presents, worked extra shifts and twisted the arm of every relative they knew to get the money to send their kids on the trip. The band members committed and fulfilled their responsibility to themselves, their families and the community.